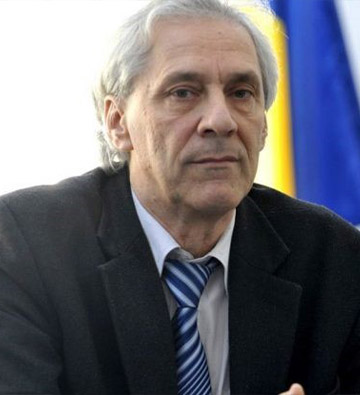 Vrancea seismic source and the geodynamics at South-Eastern Carpathians (Romania): an overview

Vrancea seismic source, located at the Carpathians bending zone in Romania, is a particular and intriguing phenomenon on the map of Europe and not only. It is more and more considered playing a key role in the geodynamics of the Carpathian-Pannonian area. At the same time, it is a singular seismic source at intermediate depth in the World with notable strong effects affecting extended areas in the South, Central and Eastern Europe. The last major earthquake of 4 March 1977 (Mw 7.4) produced extreme damage in Romania, Bulgaria and Republic of Moldova. Through its remarkable particularities (foci clustering, strong directivity, continuous stress release) Vrancea has drew attention for a long time to researchers and engineers as well.

In this lecture, I will review how knowledge of Vrancea seismogenic area has evolved, focusing on the latest achievements that shed light on new issues with important consequences for understanding the geodynamic processes in the lithosphere and their coupling with the crustal processes. An outline of challenges ahead and their expected impact will be finally discussed.