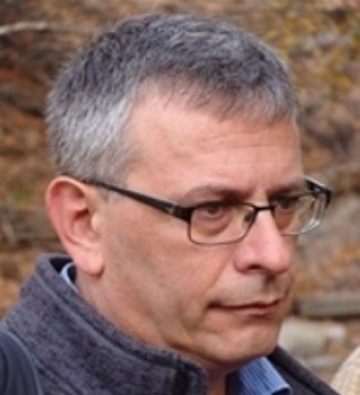 Classical models of orogenic evolution assume that orogens and their back- and fore-arc sedimentary basins form in response to a static relationship with the location of the main subduction zone. Such models cannot explain the variety, distribution and evolution of syn- to post- orogenic evolution and associated seismicity in many areas, such as the Mediterranean or the SE Asia. These areas offer the possibility of studying the link between basin formation and orogenic evolution in a dynamic setting, where the type, geometry and sediment infill of basins change with time, and is markedly influenced by inherited rheological asymmetries and by a dynamic change of the infill across multiple basin systems. Mountain systems affected by slab roll-back are associated with significant amounts of continental subduction, a foreland migration of orogenic exhumation and crustal thickening, out-of-sequence thrusting, a transition from thin- to thick- skinned deformation and the formation of asymmetric basins, where their type changes and deformation migrates with time and in space. The type and symmetry of deformation combined with the sub-lithospheric forcing is of critical importance for, and can be recognized in the resulting geometry of the basin infill. In this presentation, we document this evolution by observations in Mediterranean orogens and associated sedimentary basins, with particular focus on the geodynamic evolution associated with the Vrancea seismogenic zone. These observations are quantitatively analysed by numerical and analogue modelling studies focussed in linking the different spatial and temporal scales of processes acting in the formation and evolution of orogens and associated sedimentary basins. We show that topography building and sedimentation in the SE Carpathians is similar with other Mediterranean orogens such as the Dinarides, Betics-Rif, Anatolia and their back-arc and intra-montane basins system, where the evolution is strongly influenced by large-scale zones of rapid acceleration during post-collisional slab mechanics, influencing the seismicity distribution and rapid changes of topography.