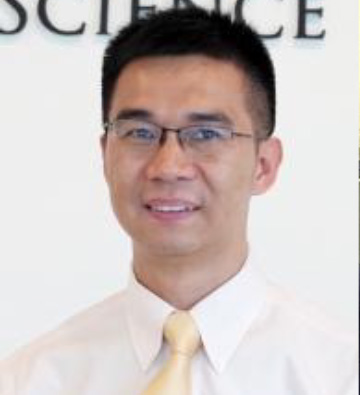 As one of the major shale gas blocks in China, the Weiyuan shale gas field has been actively developed since 2010, accompanying numerous hydraulic fracturing (fracking) activities. Accordingly, the number of earthquakes has been increasing drastically, with a few damaging earthquakes (M>4) since 2019, some of which led to fatalities. However, it remains unclear how these earthquakes might have been induced. We derived high-resolution tomographic structure and earthquake location using data recorded at dense arrays. High-resolution locations of seismicity exhibit clear lineation and temporal migration parallel to the horizontal wells, indicating a causal relationship. Most earthquakes are concentrated near the depth of fracking. However, the largest earthquakes occur on basement faults, 3 km below the injection layer. In comparison, one deadly earthquake struck above the injection layer at 1-km depth that had long been considered aseismic. Stress drops of earthquakes increase slightly with depth and exhibit heterogeneous spatial distribution, with a median value of 0.96MPa in the southwest and 0.82MPa in the northeast. Our high-resolution source parameters indicated a mixture of mechanisms that can induce earthquakes in the region, providing critical insights for hazard assessment of induced earthquakes in the Sichuan Basin.