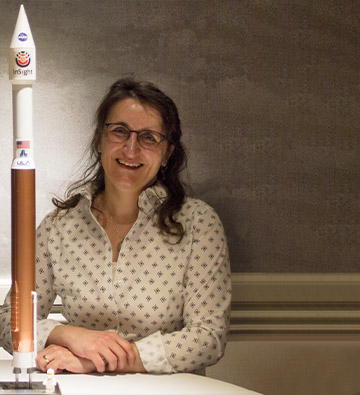 Mars from the InSight: Seismology beyond Earth

When NASA’s InSight lander touched down in Elysium Planitia, Mars, in November 2018 and deployed its seismometer SEIS, more than 40 years after the first attempt to record marsquakes with the Viking missions, it ushered in a new age for planetary seismology. SEIS, an extremely sensitive instrument, has by now provided near continuous seismic records for more than 3 years. Its rich dataset shows Mars to be seismically active, with over 1200 marsquakes detected so far, mostly with magnitudes below 4. Despite their small size, these quakes provide important and unprecedented constraints on the interior structure of the planet, from the shallow subsurface via the crust, the lithosphere, and the mantle transition zone down to the core, and allow to study Martian tectonics and thermo-chemical evolution. Single-station seismology has answered some of the big questions about the interior of our planetary neighbour, and this lecture gives an overview of results and surprises so far.